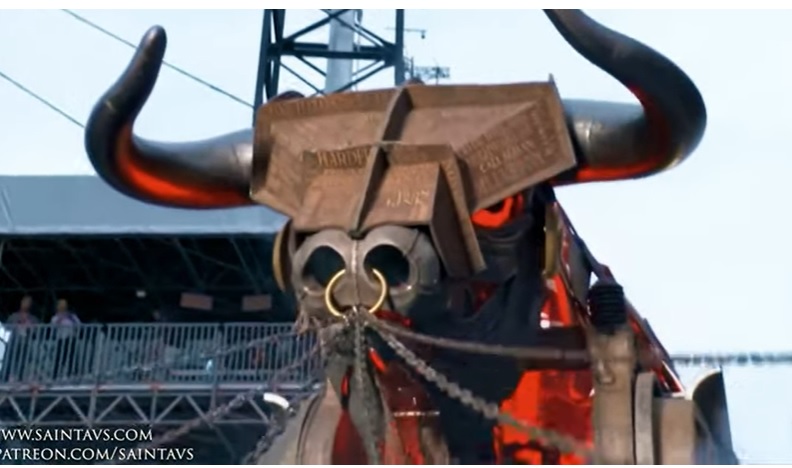 «The antichrist’s plans have been revealed on national TV during a ritual that took place at the common wealth games Olympics. The beast or the image of the beast from the book of revelation… what do you thinkThe Commonwealth Games commenced on July 28, 2022, in Birmingham, England. The opening ceremony was held at the Alexander Stadium. One event at the opening ceremony drew many to allege that the organizers performed a Satanic ritual.

One such video showed people holding a torch around a massive structure in the shape of a bull and describing it as, «Satanic rituals at the commonwealth games» The audio in the video is unclear, and the user claims the participants are chanting as part of some Satanic ritual,» skriver Saint AVS eller Antony som han heter om sin siste video