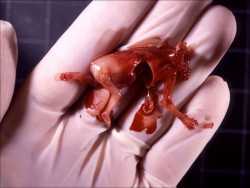 Please read the message below from Students for Life Action…
Dear Kjell . I’ve been absolutely sickened by what took place on the floor of the U.S. Senate Monday evening. 44 Senators voted AGAINST protecting babies BORN ALIVE after botched abortions. And because nothing can get passed out of the Senate now without 60 votes to invoke cloture, S. 311, the Born Alive Abortion Survivors Protection Act, failed. Even President Trump tweeted “This will be remembered as one of the most shocking votes in the history of Congress.”

Meanwhile, Planned Parenthood and NARAL — who bankrolled many of the Senators who voted against the bill — fought it to protect their abortionists from legal action.Here are the facts: The Born-Alive Abortion Survivors Protection Act would have had simply forced doctors to treat babies born alive during an abortion or face criminal penalties. We know that this bill is much-needed because just two weeks ago, disgraced Virginia Governor Ralph Northam (D) outlined the very scenario in a radio interview in which a baby would be born alive then a doctor would “have a conversation” about whether to save the baby or let him or her die on the table.