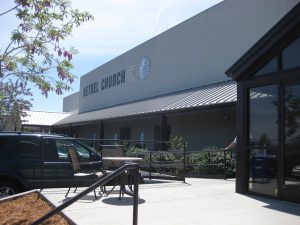 Redding California is home of the large charismatic cult, Bethel Church, often called just Bethel for short. Bethel has asked for intercessory prayers to stop the fire before it consumes even more homes and does more damage near their facilities. (Foto:Nate Bailey) Lisens

Prayers are rightly lifted up for Redding, California, in the face of a growing fire that is consuming much of the outlying area and is threatening to destroy more. Several lay dead, including one firefighter, and “countless homes” are destroyed in the fire’s tunnel through Shasta County.  Redding California is home of the large charismatic cult, Bethel Church, often called just Bethel for short. Bethel has asked for intercessory prayers to stop the fire before it consumes even more homes and does more damage near their facilities. Perhaps more than any other charismatic organization in the United States, Bethel claims to be able to perform the miraculous. The cult boasts a “school of healing,” numerous miracle-teaching workshops, and repeated claims of signs and wonders are regularly given to the congregation. 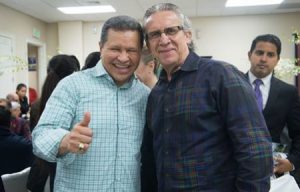 Some charismatics associated with Bethel, including Gloria Copeland, claim that it’s possible to control the weather. Bill Johnson, leader at Bethel, claims that his words can create reality. In other words, the Bethel leader says, his verbal utterances can make things happen or not happen. In fact, in this clip, Johnson claims that his words can make the heavens open and bring rain. However, the ability for Bill Johnson’s words to create reality are somewhat suspect, as just a few months ago, Bill Johnson prophesied that the next season in 2018 at Bethel Redding would be a “Season of Rain.” Redding is currently in the midst of a terrible drought, which has worsened the conditions by which the fire is consuming Shasta County. Johnson wrote a book by that title, Ask for Rain. 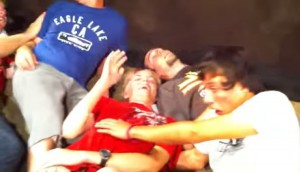 Although the rain in Johnson’s prophecy is of a spiritual variety, the irony is striking. At the beginning of that message, Johnson regales the crowd with all the latest hear-say accounts of mostly unimpressive and gradual healings. Without providing any kind of substantiation or validation, the crowd at Bethel oohs and ahs with Johnson’s word that these miraculous signs recently took place. In one account in his Season of Rain message, Johnson claimed a college student’s knee grew back and the “entire dorm” got saved on account of it. Bethel’s Facebook page asks for prayer to save Redding. In it, the group acknowledges that God is sovereign and in control over the rain and the weather (this seems to contradict Johnson’s message that God has surrendered his authority on the Earth to his people, here). Ironically, Bethel Church has been praying for “the fire” to fall on them for many years, a charismatic expression that is biblically linked to judgment far more than blessings.   In the meantime, the people of Riverside and Shasta Counties need our prayers and support. If you are in the Redding area and need to evacuate, the American Red Cross has created evacuation tips and made them available online, here. If you would like to donate to the relief efforts, text CARRFIRE to 91999, which will go to the Shasta Fire Relief Fund.